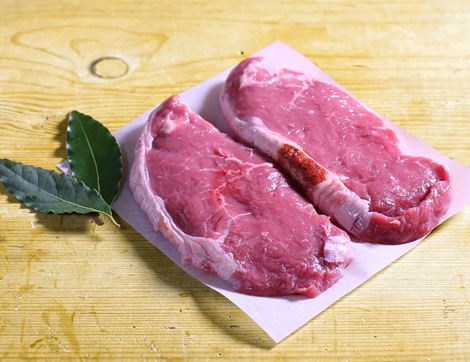 The weekends are for treating yourself, and we love to reach for the steak when there’s a little more time to spend in the kitchen. Peelham Farm’s rich, succulent ruby veal sirloin steaks have to be tasted to be believed. They melt in the mouth, and pair beautifully with a rich blue cheese sauce and chunky chips.
Read More Read Less
Producer

Right on the Scottish border in Berwickshire lies Peelham Farm. Concentrating on organic, sustainable and traceable meat, Chris and Denise also make sure their meat is expertly butchered and prepared by their small team on the farm.

To cook: Fry or casserole-braise in stock or water