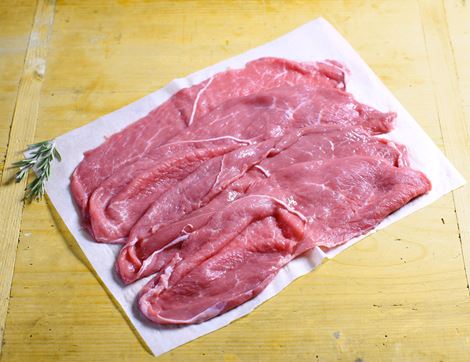 Fried, grilled marinated or roasted up, Peelham Farm’s organic ruby veal escalopes are a decadent and rich-tasting cut to savour and enjoy. If like us, you’re a fan of keeping things simple, this lean meat’s flavour will speak for itself when sparingly seasoned, coated in breadcrumbs and fried lightly with a knob of butter.
Read More Read Less
Producer

Right on the Scottish border in Berwickshire lies Peelham Farm. Concentrating on organic, sustainable and traceable meat, Chris and Denise also make sure their meat is expertly butchered and prepared by their small team on the farm.

To cook: Fry or casserole-braise in stock or water