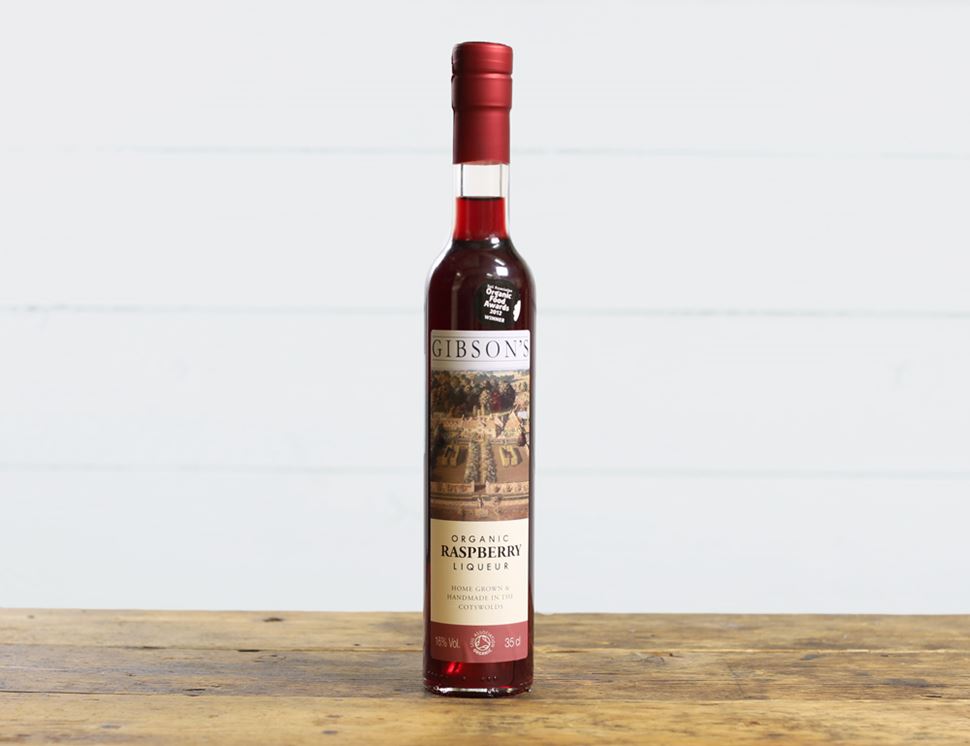 Raising a toast demands bubbles, but with just a dash of Gibson’s Organic Raspberry Liqueur added to your glass, the refreshments will always get a great reception. Or, if you’re more of a star baker, the evergreen summer fruit flavour will add an indulgent raspberry ripple to chocolate cakes, crumbles and ice cream too. Though it can be enjoyed in a million ways, every drop is organic and lovingly handmade in on the Gibson’s estate in the heart of the Cotswolds.
Read More Read Less
Producer

Miles Gibson got things started in 2007 after he returned from a few years of volunteering on organic farms around the UK. Using techniques he picked up from his volunteering experience, he began planting fruit on fields that were previously just for grazing sheep, and slowly but surely, through plenty of experimenting, he bottled up his first liquers, a raspberry and blackcurrant one, five years later. They both won prestigious awards, from the Soil Association and the Guild of Fine Food, respectively. It's testament to the high standards of quality Miles has set, and continues, to set for himself.

Store in a cool, dark place. Once opened, keep refrigerated and sealed, and consume within six weeks.