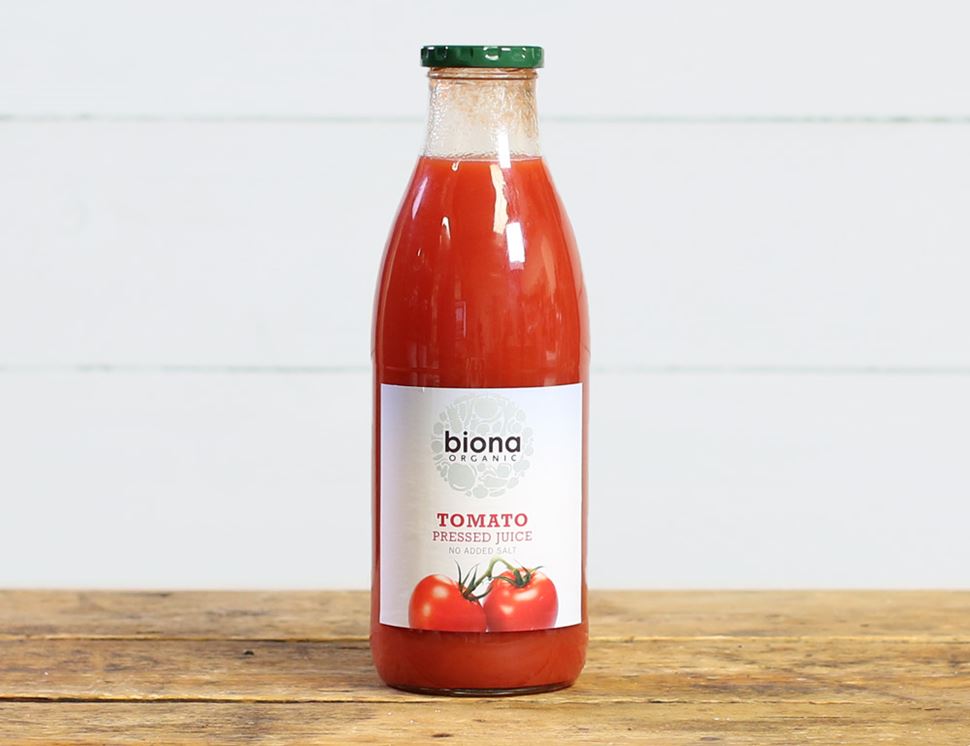 Organic tomato juice and nothing but the juice. You say tomato, we say drink tomatoes. This bottle from organic whizzes Biona is simply pressed using tomatoes, which are carefully selected from organic farms and juiced immediately after harvest to help capture their full flavour and rich sweetness.
Read More Read Less
Producer

Windmill Organics began in 1978 as a wholefood shop in London. In 1981 a vegetarian restaurant was added and became so popular, they decided to offer their food to more switched on food lovers. And so came Biona. Its name comes from their organic, pure roots; 'Bio' meaning organic throughout Europe and 'Na' taken from ‘nature’. Windmill has been among the first to make ethical foods mainstream.

Once opened keep refrigereted and consume within 5 days.