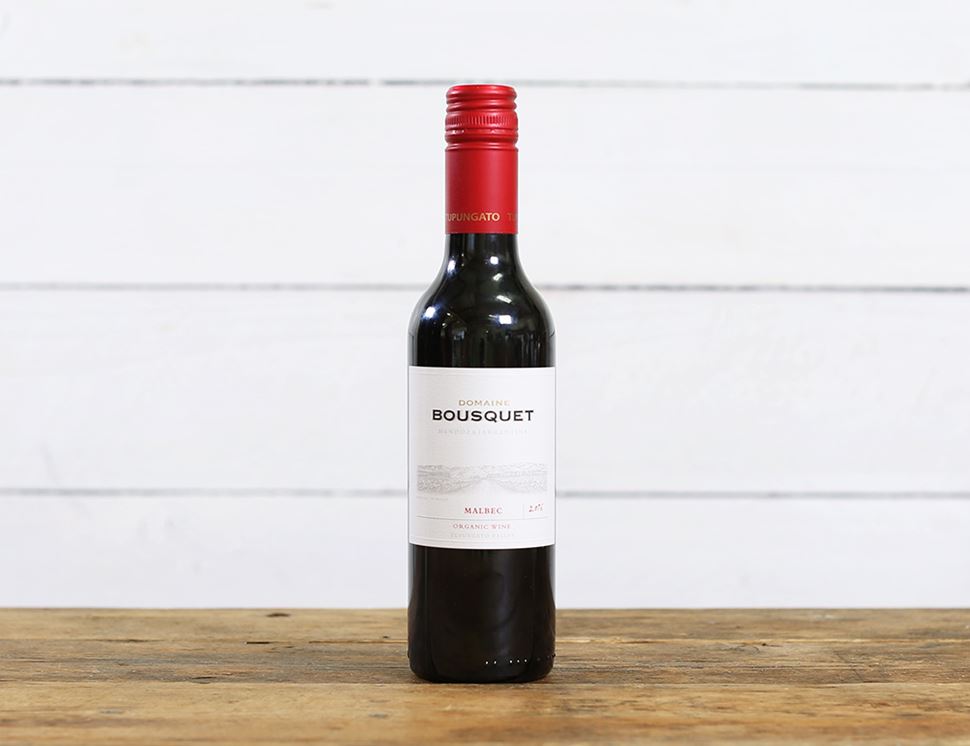 The Bousquet family are somewhat over-achievers in the winemaking World. Originally winemakers from Carcassonne in the Languedoc, they moved to the mighty Mendoza in Argentina in the 1990’s after years of studying the region’s terroir. They now own an impressive 240 hectares of organically farmed vines in Tupungato which sits in Mendoza’s Upuco region, along the Western side of the Andes. Their vines are some of the highest altitude in the World, sitting at a staggering 1,200 metres above sea level. The hot, dry days and very cool nights are perfect for the variety of Malbec which thrives in such arid conditions. This half bottle of delight sings of rich black fruit and soft vanilla spice from slow oak aging - perfect for those who fancy just a little hit of the good stuff.
Read More Read Less
Ingredients & allergens

Store in a cool, dry place. Once opened, resealand consume within 24 hours.