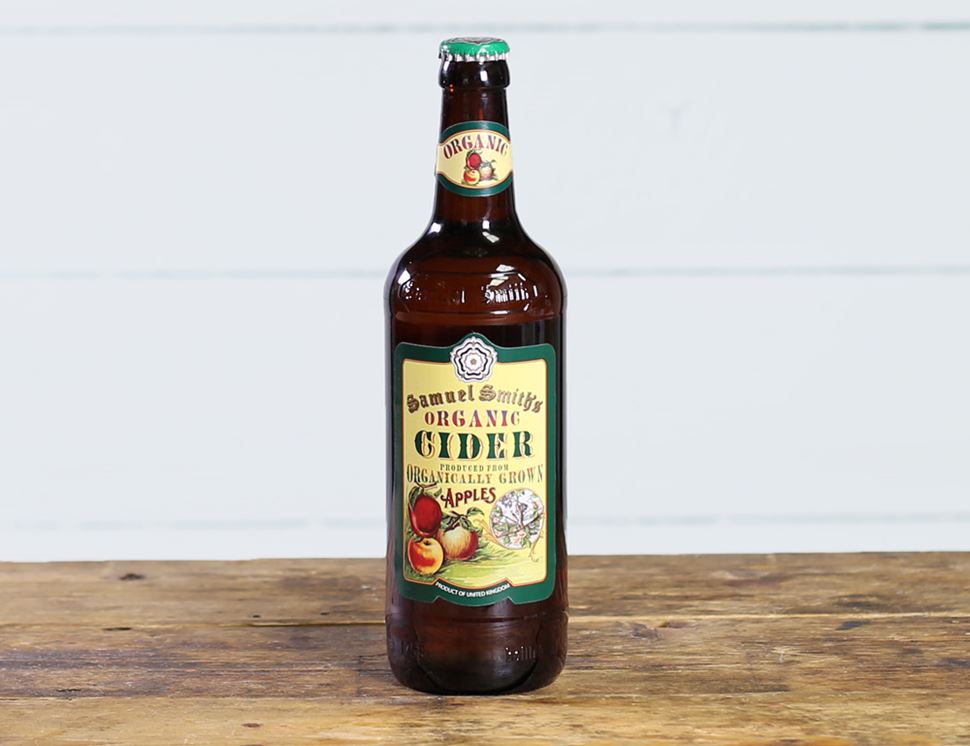 Tasting of gentle cider blossom and made from organically grown apples, this lovely Soil Association certified organic cider from Sam Smiths is bottled bucolic bliss, to be supped whilst reclining on a bale of hay and gazing dreamily across the patchwork fields... (Not that we're getting carried away or anything.)

It’s about as traditional as you can get at The Old Brewery in Tadcaster where Samuel Smith’s ales, stouts, lagers and cider are made. Established in 1758, the original well in the brewery is still in use and the water that is used for brewing the ales and stouts is drawn from 85 feet under the ground! Samuel Smith still ferments ale and stout in traditional stone ‘squares’ which are made from solid blocks of slate. The yeast used in the Old Brewery is one of the oldest unchanged strains in the country, still as healthy and as active as ever frothing up into rich creamy heads. They even have Grey Shire Horses still living in the brewery stables – they weigh a ton (literally) and are employed every now and then to take barrels of beer into the local town.

Cool place out of direct sunlight, consume upon opening