Organic farming is such an exciting movement in the UK and two farmers are leading the charge. Organic, free range farming is vitally important for our planet, and for the animals and people who inhabit it. It protects the natural world we live in and creates some of the most delicious food that the land has to offer. Helen Browning and Judith Freane are excellent examples of farmers who work with the ultimate respect for animals and the planet, and we’re proud to celebrate them. 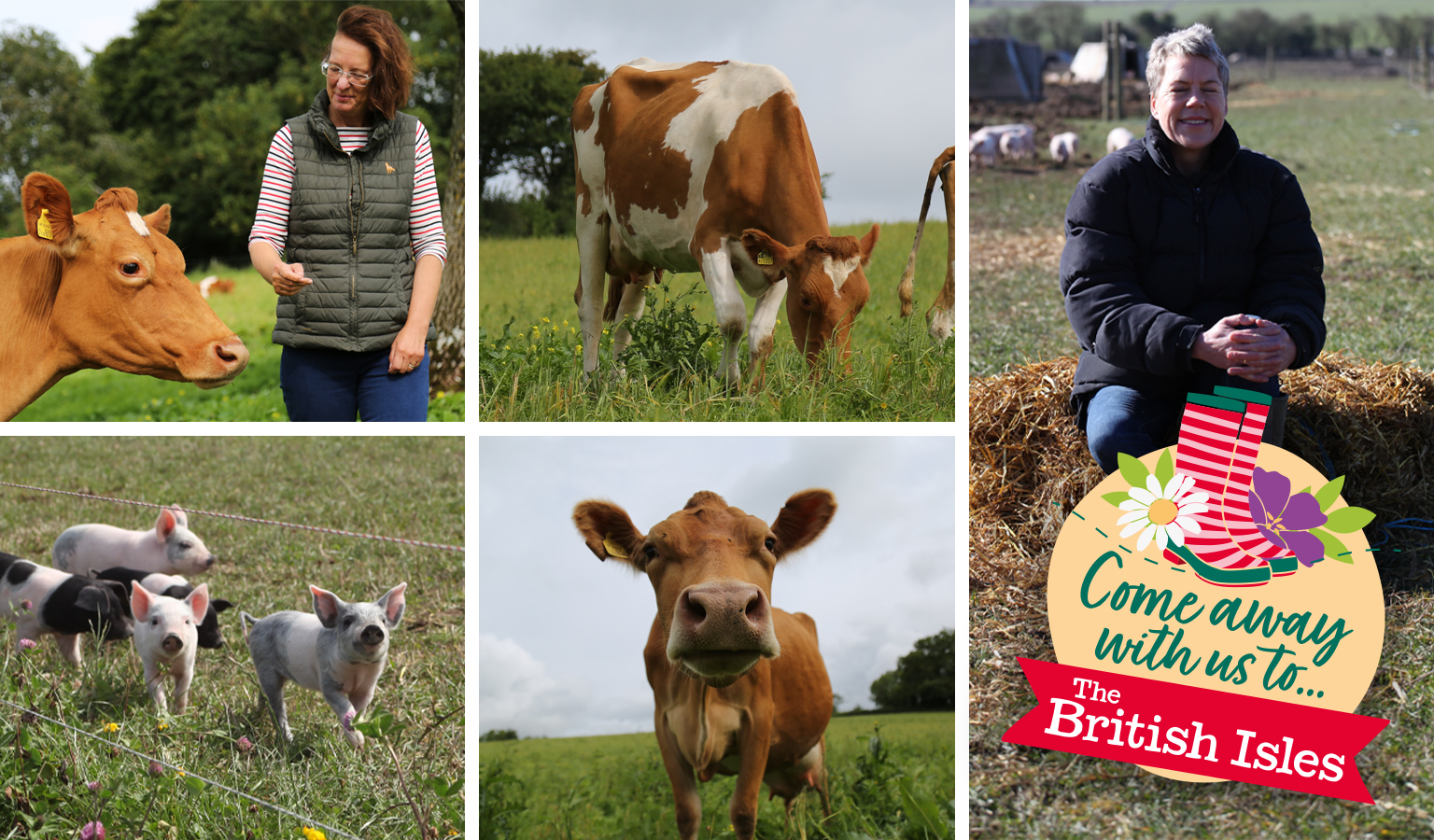 Helen Browning knew that she wanted to be involved in agriculture at the age of nine. She told her dad that she wanted to be a ‘proper farmer’ and she has most definitely achieved this goal (and then some). Helen is Chief Executive of the Soil Association, the UK’s organic certification board, and has also served on the Curry Commission into the Future of Farming. In 1998, she was awarded a prestigious OBE for services to farming. All her hard work has certainly paid off!

By the time Helen was 24, her father had handed over the reins to her and soon after, she began the journey of transforming Eastbrook Farm into the organic haven it is today. Helen has dedicated many years of her life to British farming with a difference. Her organic, free-range approach is both fresh and time-tested, bringing out the best in her land and animals.

Helen says, 'Of all the benefits I love about organic farming – the wildlife, the landscape, the delicious food – what motivates me more than anything is allowing our animals to have as good a life as possible. The biggest contribution I’ve made has been developing our organic pig systems. Very few pigs get the chance to feel the sun on their backs – so for me, my saddlebacks are very precious’.

Helen’s speedy sausages and festival-friendly hotdogs are miles apart from anything you can get in a supermarket. They are organic, free-range and packed full of flavour – perfect for sausage aficionados of any age.

Judith Freane’s Perridge Farm overlooks the Glastonbury festival site, and it’s not just the location that makes the organic farm so special. Her herd of Guernsey cows are free to graze on delicious grasses and wildflowers, and live alongside hares, rabbits, badgers and butterflies. Judith is the owner of Brown Cow Organics, and everything she does is informed by her belief in organic, sustainable farming.

Inheriting the farm from her father, Judith has been making dreamy yoghurts from the same beloved recipe. When she first became the owner of Perridge Farm, Judith hadn’t yet set food into a milking parlour, but she was determined to do things in a sustainable and caring way.

Her beloved cows have the run of the green, flower-speckled fields, with stunning views across the Vale of Avalon to Glastonbury Tor. Judith’s amazing yoghurts are made with 100% organic, rich and creamy Guernsey milk, and have been awarded a bucket-load of gold stars over the years by the judges at the Great Taste Awards.

Judith isn’t afraid to go against the industry grain, raising male dairy calves for meat instead of taking them away from their mothers at the earliest opportunity, something that is seen as a cruel practice in most modern dairy farms. The male cows are fed on organic grasses and produce award-winning, flavourful beef burgers.

Judith’s work at Brown Cow Organics is the definition of farming for the future. Judith says, ‘It’s about family farming. It’s about being passionate about the local environment, about local employment, and about wanting to keep it going for the next generation’.

By supporting farmers like these two dedicated women, we choose a kinder life for the animals involved, a more nutritious diet for ourselves, and a more sustainable way of farming our beautiful planet.


Celebrate the best of British with us this summer, from brilliant brekkies through to tea time. Hop on over to our website.