“Organic Dan” Geity organic Brussels sprouts really are the business – they’re one of the stars of the show in our Christmas fruit & veg boxes. Nab one for the big day and you’ll have plenty to go round. When he’s not chopping down stalks of organic sprouts to pop into our boxes for the big day, he’s collecting vintage tractors from online auctions. No kidding. If Brussels are a firm favourite at your festive feast, be sure to pick up some more right here. 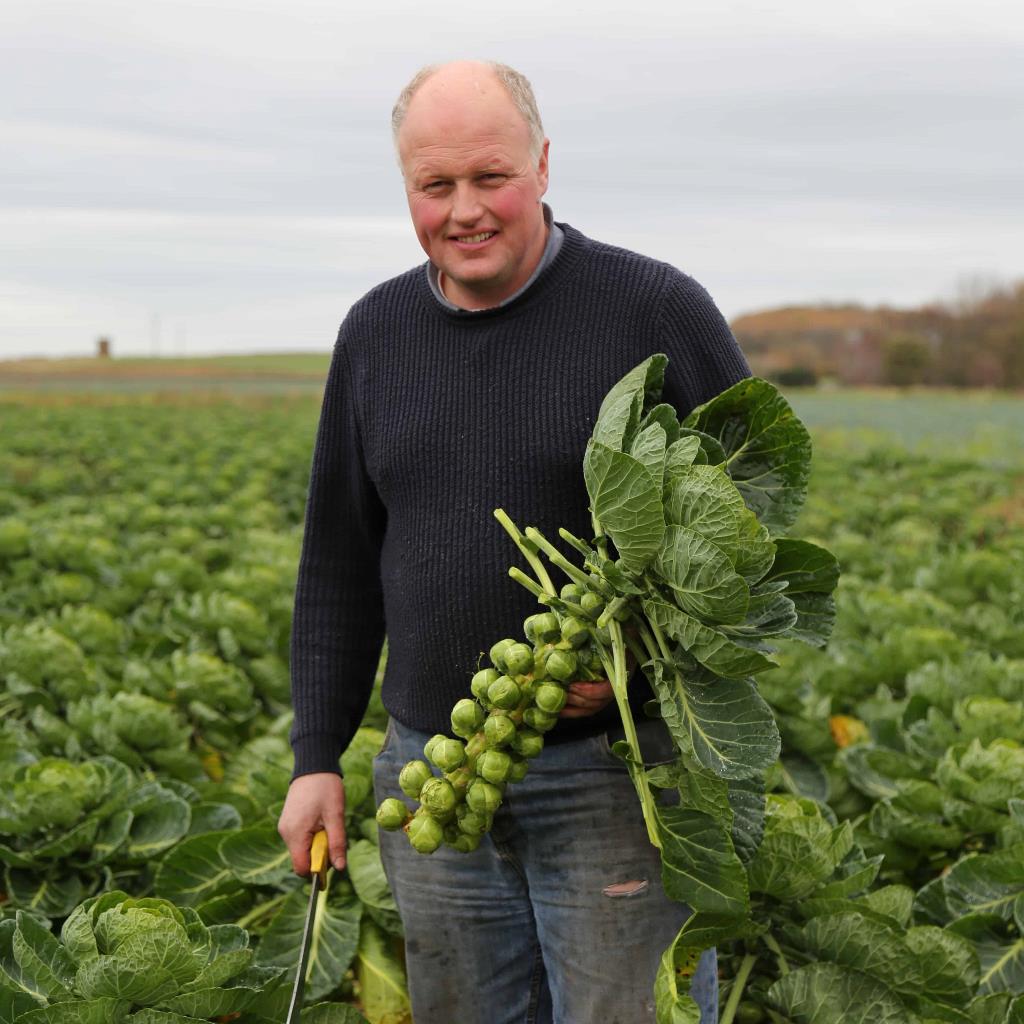 One look at the field and you’d think you’d sink to the bottom if you dared trod on it, yet the rich, organic, sandy loam soil is surprisingly firm underfoot. We even had a go at chopping some Brussels stalks ourselves. We were handed the tools of the trade (a machete that would give Rambo a run for his money) and had a go. Dan certainly makes it look easy, mind.

Dan has been farming since he was just a wee nipper, working for his dad as well as renting his own land to farm at night and really give it a go by himself. This was when he was just 16 and still at school. Soon after he left school, Dan raised enough money to buy his first field. Suddenly there was a mortgage to pay, so he hired a tractor and helped on neighbouring farms throughout the day. This meant the only time he had to turn his field was at night. 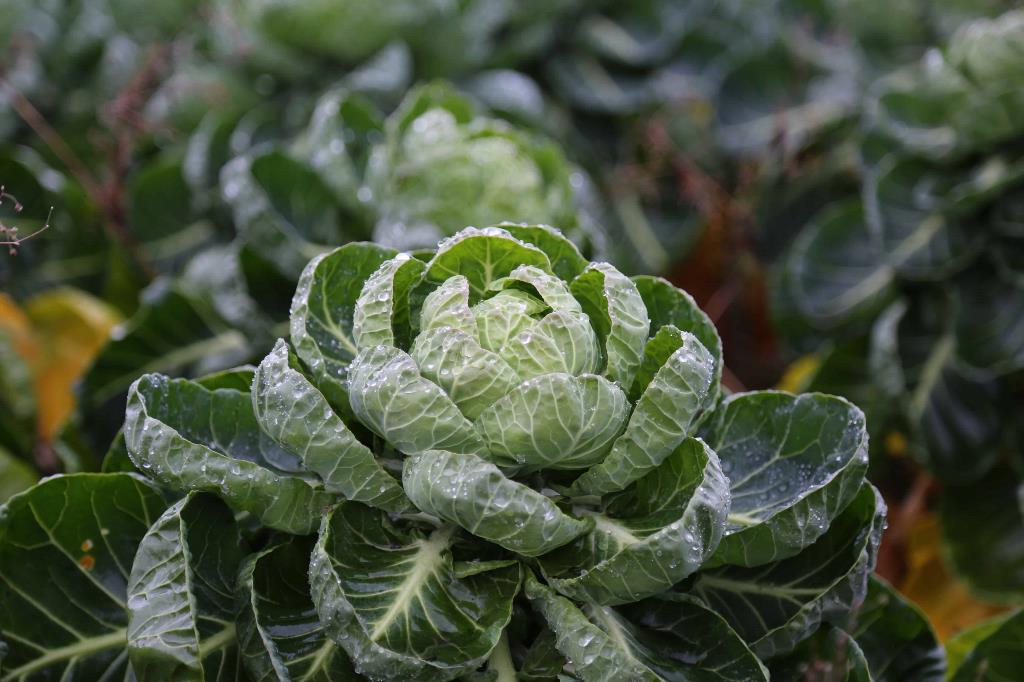 That’s dedication for you. As a small, independent farmer, Dan was “no good for conventional farming” and couldn’t work with the “big guys”.  Dan’s all about slow and steady rather than forcing his crops. “It’s a much more sustainable way to grow things,” he tells us.

Dan’s the self-declared “king of Brussels sprouts” (his favourite supper is gammon, chips and Brussels) and he hopes to make everyone’s Christmas extras special with his organic Brussels.

Not sure what to do with these vegtebaubles? Our recipe patch will sort you right out. We've even done one better and scooped our three of our faves just below.

Take your sprouts for a swim this Christmas. They love a good soak in nutty browned butter with a zip of clementine and a dash of nutmeg. 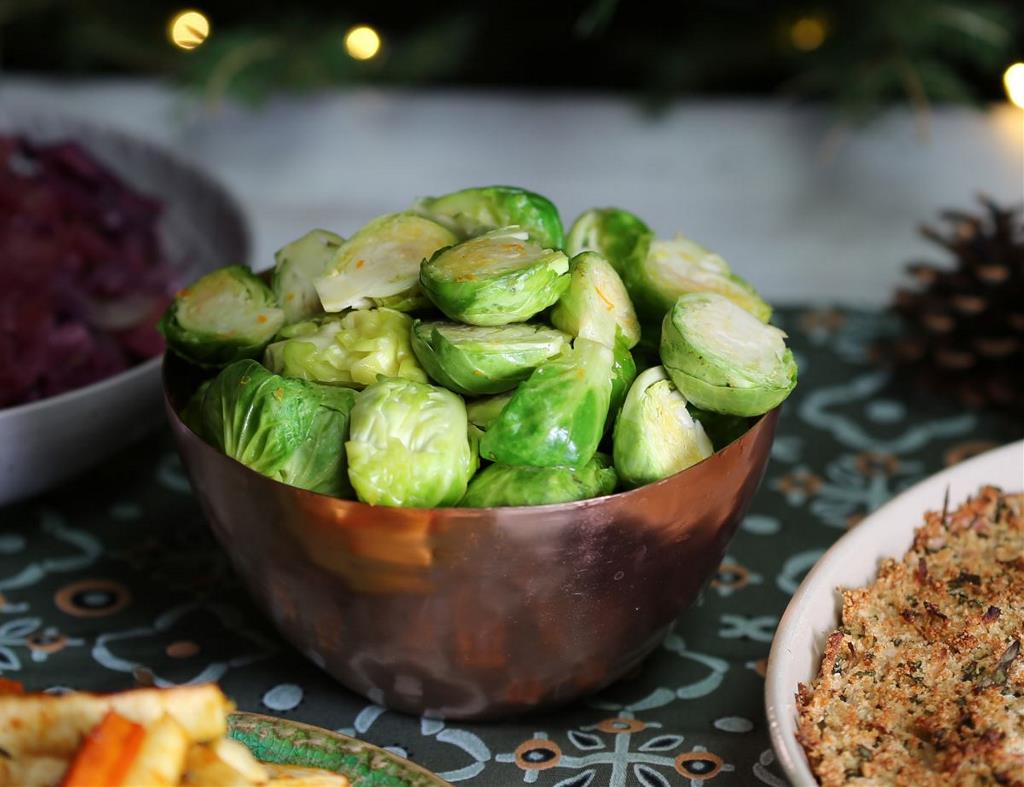 Little green Brussels sprouts love strong flavours, and here they take on a sweet and salty kick with crispy rashers of pancetta and a sticky marmalade glaze.

Get your Christmas sprouts now