Get to know Gaia Pulses

This week our summer staycation series soaks in the sights, sounds and sun of gorgeous Greece. The fuel for our adventures comes straight from the busy kitchen of Yolonda Antonopoulou. Not only is her traditional Greek food packed with authentic flavour, but they’re also the UK’s first organic ready meals in fully compostable packaging. 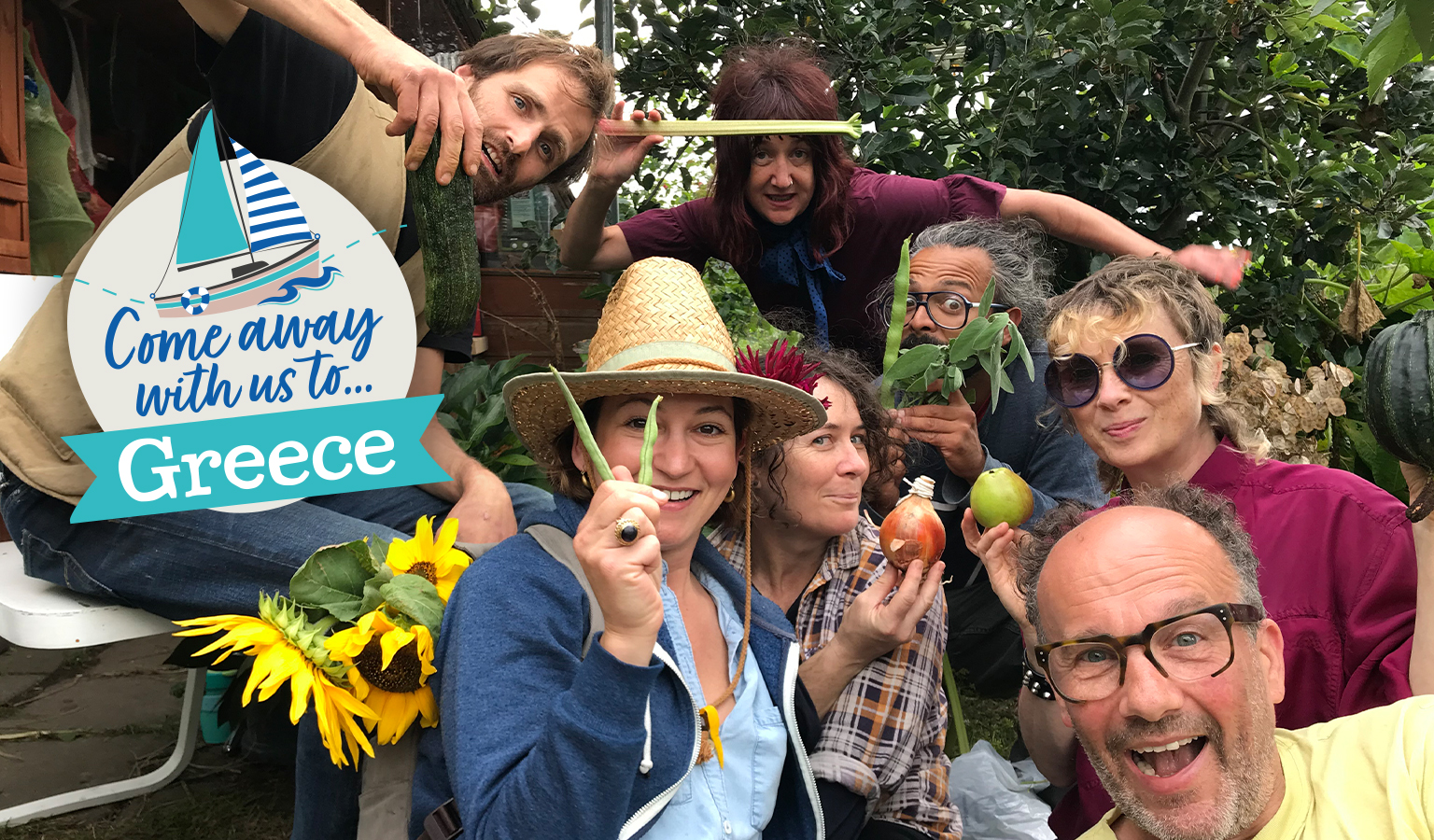 Yolanda’s journey to create Gaia Pulses was a winding one, beginning in the garden of her family’s restaurant in Athens, which is now seventy-five years old. Naturally, at the time, she wanted to do almost anything other than run a restaurant, and her desire to spread her wings led her to media studies in London and a ten-year career as a film and TV producer.

But life in the Big Smoke proved far from picture perfect:

“I was living with a friend in Bermondsey at the time and every morning I was taking the Jubilee line at 7am to go to work.

The train was full of people wearing black suits. They all had the same soulless look in their eyes, no one talking or smiling. During their lunch breaks they would walk to the supermarkets to buy triangular sandwiches with crisps and a soft drink. On special days they might get pizzas, burgers or sausage rolls.”

Back to her roots

During this time, Yolanda realised that she was missing something. After some soul searching, she discovered a yearning to reconnect with her Greek heritage and the food that was so entwined with it.

Soon after the passing of her Grandmother (in her words a “legendary cook”), Yolanda was inspired to attempt to recreate one of her most famous and comforting dishes, the traditional butter bean stew known as Fasolada.

After three hours on the stove, she found that the beans were still rock hard, and called her mother for some sage advice. The problem, it transpired, was in the freshness of the beans themselves. She realised that she’d taken this for granted as a child in Greece but sourcing fresh butter beans in the UK had proven far more challenging.

Discovering that there was something very special missing from the British diet, Yolanda set up Gaia Pulses to rediscover and share her country’s heritage.

“Gaia is the ancient name for Mother Earth and Pulses are the beans and the heartbeat of the planet. It has everything to do with my roots, my ancestors and our history.”

Yolanda has left the world of television behind and couldn’t be happier with her decision. She’s fully reconnected with her past, and Gaia Pulses’ range of ready meals offer an authentic taste of Greek cuisine, with love and passion poured into every dish.

“In the morning we take a few breaths all together with the team before we start cooking. We are letting go of all the troubles and preparing to give our best energy to the food we are about to create.”

This summer, our gastronomical flight of fancy takes us to Greece. Head to our website to whisk yourself away with Gaia Pulses, and so much more Greek goodness besides.