Venture inland from the rolling coastline of Suffolk and you’ll happen on James Foskett’s Farm, home to an abundance of seasonal veg. Throughout the year, acres of fields keep hands busy, picking the sweetest of peas, the poppiest of beans, and the snappiest of carrots. Since the weather’s been gloriously summery as of late, we thought there was no better time to journey up to see how all the veg was faring, and possibly sneak a taste… 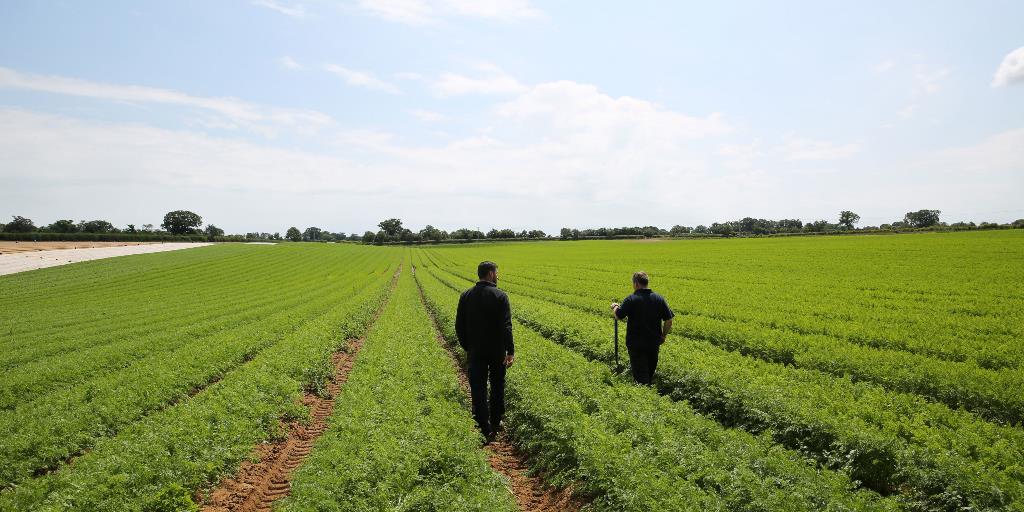 Good food straight
from the earth
At a sweeping 2,500 acres, we would’ve lost our way fairly easily ambling through the organic farm were it not for managers Nick and Mike leading the way through the rows and rows of bunched carrots nestled snuggly in the soil, their green bushy tops fully flourishing. As Nick pulls some out, a burst of vibrant purple, yellow and white greet us, and it’s not long until we’ve brushed off the soil and are chomping away on them.

We’re not surprised to hear that these crunchy wonders attract the fleet-footed rabbits bopping about in the surrounding area – we can barely stop eating them. Nick mentions they use about 1.4 million seeds per hectare to grow their carrots, which eventually turn into thousands of bunches every week. To fend off anything that might want to have a nibble before the carrots are ready to be plucked from the soil, Nick and Mike use garlic and chrysanthemum extracts as natural insecticides. Clever, organic solutions for a farm that’s now had 35% of its land converted to organic since 2009.

Organic farming
at its best

And that organic ingenuity runs through the entire farm. Over by the amusingly named Dwarf French beans, there’s a whole section that’s been covered by a fleece – or a ‘duvet’, as Mike likes to call it. These not only keep them protected against colder weather, but also against the insatiable appetites of the mischievous local wild pigeons. Come the warmer weather, the duvets come off. The beans can bask in the sun and the busy bees in the area are able to get to them. Like so much organic veg, beans rely on good pollination to thrive, and thrive they do. 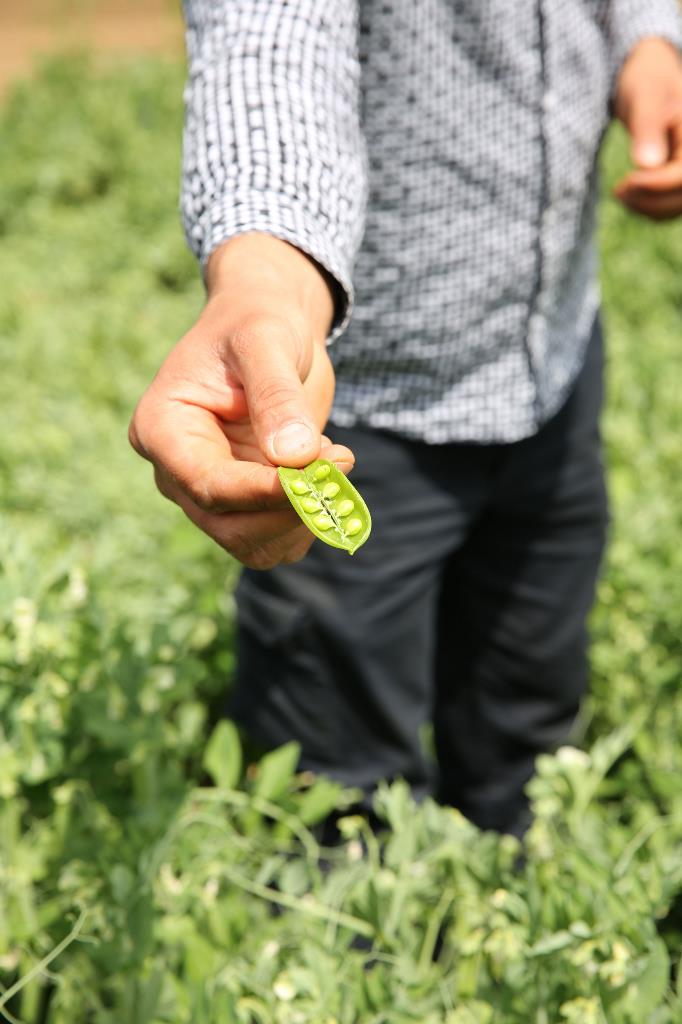 Nature
has it all

Just past the beans, a group of towering trees catch our eye, blowing in the wind. They’re not like any veg we’ve seen. “Those are willows,” Mike says. Turns out, James’ brother Guy grows willows around Essex and Suffolk for cricket bats, some getting as old as 15 years. So, there’s a chance that the bat you’ve used to smash sixes left, right and centre, has come from the same field that your roast carrots have. Fancy that.

See what's fresh in from the fields in our shop.