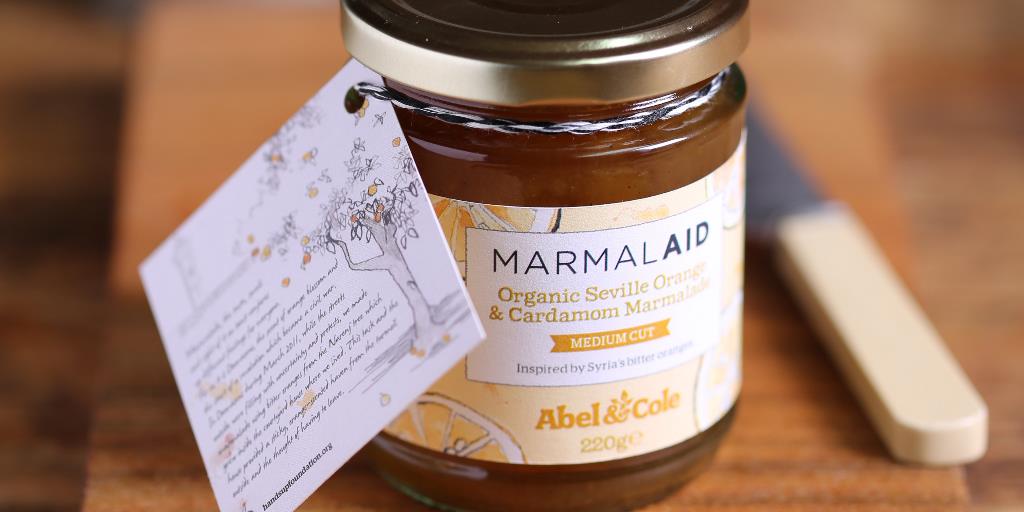 What's all this, then?

The Hands Up Foundation is a young and innovative charity which was set up by four British friends. Inspired by their time in Syria, they created their own MarmalAid, with a Syrian twist, and have sold it for the last three years, with all profits donated to aid projects which it supports in and around Syria.

Our batch is an organic, medium-cut bitter orange marmalade infused with cardamom and made by award winning Pam the jam Corbin at Thursday Cottage. Try on buttery toast, make cocktails with it or even roast a ham, and all with a delicious cardamom kick.

Pick up your very own jar just here.

Not only do we have jars of Marmalaid, but our Foodie Recipe Boxes are taking on a little Syrian inspiration,too. There's a stunning Syrian Lamb & White Bean Stew and we're donating £1 for every recipe sold to help the cause.