Ever wondered why wine people are so obsessed with soil? Our Wine Guru Honey Spencer is here with a super speedy breakdown of different soil types commonly found in vineyards and what that means when it comes to the wine in our glass. 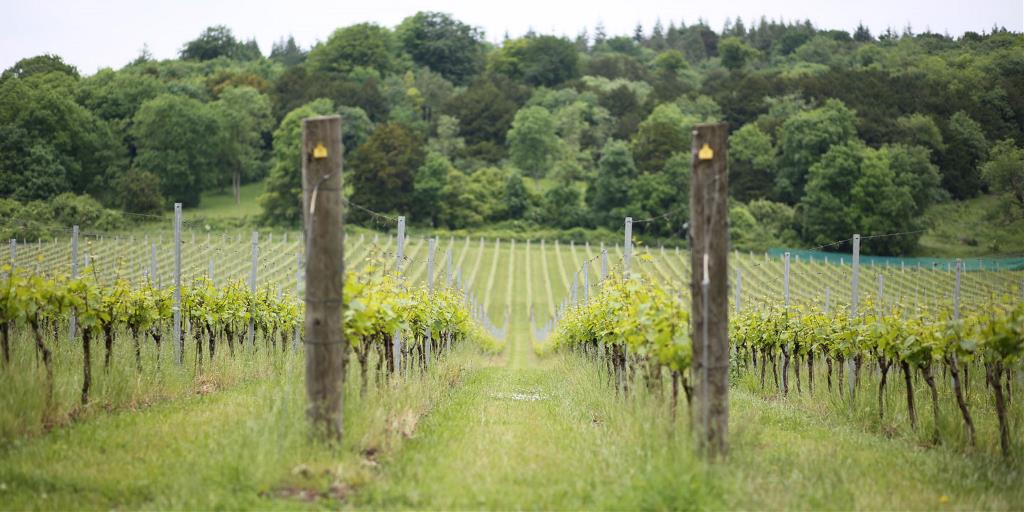 Let's talk about soil
It might not seem like the most interesting subject to most but it’s one of the main things that has preoccupied my mind in the last few months. Even at the earliest stages of learning about wine Sommeliers are expected to know the various soil types in winemaking regions, consciously linking them to grape varieties as a way of explaining elements apparent in wine. Despite there being almost no scientific evidence (yet!) to prove that soils can transfer any of their elements into a smell, taste or texture in the finished product, I think I speak for the majority of the wine world when I hope aloud that this will be rectified soon, finally signifying the unity of science and romance! Whether you find yourself in the camp of pragmatist or fantatist, here are some of the most commonly found soils around the World’s winemaking regions and their (rumoured) effects.


Limestone is a kind of sedimentary rock found in some of the most famous wine regions in the World. Almost every region in France is home limestone, particularly Burgundy, as well as Sicily, Spain’s Jerez region, Georgia and parts of Canada. Chalk is also a form of limestone, meaning we have plenty of it in our UK vineyards too. Generally speaking, this calcium-rich material is supposed to help grapes maintain acidity and aid in the creation of wines with elegance and a long, linear structure.

An example of a wine made from limestone


Granite is a mineral-rich rock that warms quickly and keeps its heat. It has a high PH so works through the vine to reduce the acidity in grapes: something that works particularly well in areas such as Beaujolais in France whose native grapes (namely Gamay) are naturally very acidic. Other notable regions that feature granite soils are Valencia and Galicia in Spain, The Northern Rhône in France and parts of Australia, South Africa and Chile. Soil experts claim that granite can have an influence on a wine’s structure, particularly when it comes to tannins.

An example of a wine made from granite soils

Clay can be both a blessing and a curse for winegrowers but let’s focus on the regions for which it is a lucky charm. Clay is a very malleable compound that stays cool and has brilliant water retaining abilities, both particularly handy if you are growing grapes in a dry, hot region. Limestone-rich clay soils can be found in vineyards the world over, notably in regions such as Chianti in Italy, Rioja and Ribera del Duero in Spain and some spots in North America’s Napa Valley. If you are familiar with any of the wines epitomised above you will have already guessed that clay based soils have a habit of producing full-bodied and powerful wines (or so rumour has it).

An example of a wine made from clay soils

It may come as little surprise that most volcanic soils (aka basalt-rich soils) are found near the source of volcanoes, originally formed from either lava or particles flung into the air during eruptions. Santorini in Greece, Tenerife and California and Oregon are all regions with high levels of volcanic matter in their vineyard soils. Like granite, soils rich in basalt heat up quickly, promoting the ripening of grapes. Whilst there is little to suggest that volcanic soils donate anything of significance to a wine, some wine experts claim that wine from these vineyards contain more ‘energy’ than others.

An example of a wine made from basalt soils: Stay tuned!