Gather round the festive table, folks, as we serve up a vegan cheeseboard the likes of which you’ve never seen. Nutcrafter Creamery’s non-dairy cheese is cut from a very different (cheese)cloth, and their rounds of free-from delight will give your feast a whole new dimension this year. 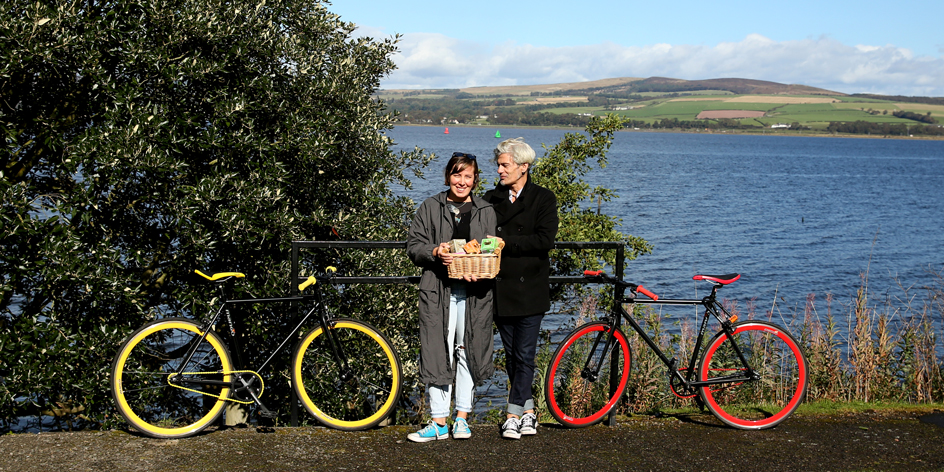 Cashew cheese-d to meet you

Aimee and Francesco, the boffins behind Nutcrafter Creamery, have experienced their fair share of underwhelming non-dairy cheese over the years. They felt there was a way to craft something that really offered that satisfaction, taste and experience of a cheeseboard without relying on dairy. So, they took matters (and many thousands of cashews) into their own capable hands and set about changing people’s expectations of vegan cheese. They even hit the books to brush up on the science of it all. Lo and behold, after a fair bit of “trial and error”, as Aimee puts it, they had the likes of their Chive Chèvre Style Cashew Cheese and Aged Roasted Garlic Cashew Cheese ready to be enjoyed. Thoroughly.

Hearing the pair talk about the fruits of their labour is to witness two people that really love eating and making good food. Nothing leaves their picturesque workshop overlooking the Firth of the Clyde in Scotland, that isn’t a dream of a mouthful. Aimee and Francesco are self-confessed perfectionists in that regard. “You feel nourished, which is just as food should be” beams Francesco, when we ask him what sets their free-from(age) apart from other vegan cheeses. We think it’s in a class of its own (and our repeated taste-testing has confirmed this).

In the lead up to the Christmas period their place will be bustling with even more activity than usual. In fact, for many vegans, a dairy-free cheeseboard is a Christmas wish, and this year we’re making it come true with their help. You can find their individual flavours in our shop, as well as a complete set of their cashew-cheese sensations, partnered with chutney and vegan-friendly savoury biscuits too.

There’s one last thing we want settled before we part ways with Aimee and Francesco. How would they eat their cashew cheese, to really get the most of it? “I would eat it straight. As is” says Aimee. With “lots of wine” Francesco chimes in, being the true Italian that he is. Say no more.