Take a deep breath in. If you’re living in a city that big gulp of air probably wasn’t as clean as a whistle. If you haven’t heard, we recently became a B CorpTM, which is all about using business as a force for good. We’re part of a dedicated movement made by 16 of the UK’s largest van fleets that are going electric to help clean up emissions. 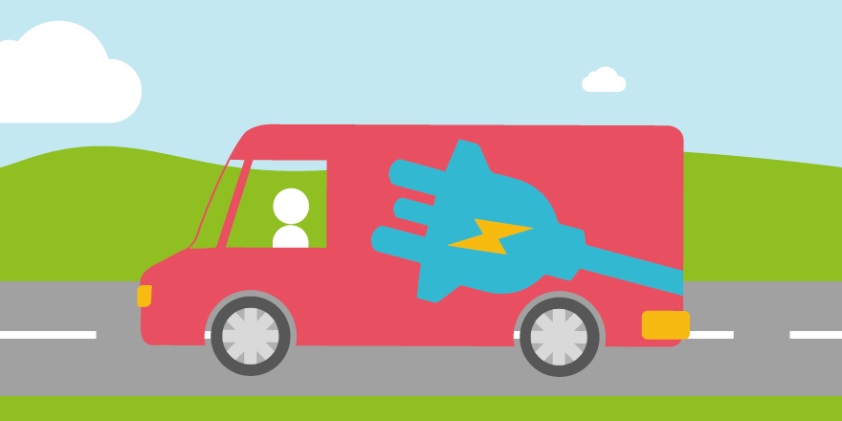 What’s all this, then?

● By 2020, our 16 fleets alone will put more electric vans on the road than have been purchased by the whole UK industry in the last year (2,400 in total)
● First time fleets collaborate to kick-start replacing the UK’s 4 million diesel vans by investing £40 million. This sends a clear demand signal to manufacturers
● Further commitment for 18,000 electric vans to replace diesel vans by 2028
● New analysis of research - health damage from older diesel vans costs £2.2 billion per annum to NHS and society
● Urban areas such as London, Slough and Birmingham top Global Action Plan’s van hotspot league table

New analysis of research shows that pollution from older diesel vans has significant health damage costing £2.2 billion per annum to NHS and society. This is a problem, and it’s set to increase as vans are the fastest growing vehicle type in the UK. With 75 billion miles driven each year by vans, they contribute a staggering 30% of the UK’s road transport NOx emissions, costing three times more per vehicle to the UK’s health than cars.


It’s not all doom and gloom

We’ve joined 15 other organisations answering the call by signing the Clean Van Commitment and collectively investing an initial £40 million over the next 2 years to drive the increase in use of electric vans.

This new demand for electric vehicles means it will kick start the transition to fully electrify the UK’s 4 million diesel van fleet. The first batch alone could reach up to £55 million in lifetime savings from health costs in an area like London’s centre. It’s a message to show we’re dedicated to zero tailpipe emissions.

What have we committed to?

Two targets are in our sights. The first is a promise to switching a proportion of our fleet by 2020. The second is to deliver zero tailpipe emissions by 2028 (if sufficient charging infrastructure and competitively priced electric vans are available). This will create a new landscape for electric vans, bringing down the cost and creating a second hand market in 4-6 years. This is good news to the 2 million or so independent van owners who want to do their bit for clean air in their community.

You could join the Clean Van Commitment too. Discover why others are making a switch, improving the air quality in their local area.