The best chocolate bar none

If you’re a chocolate lover, now that Christmas is a distant memory,  you may be looking forward to the next choc fest; Easter. But before you rush out and snaffle up the pile ’em high, sell ’em cheap deals, assume your best bunny position and paws for thought. Chocolate is a commodity crop. This means the loaded shop shelves of mass-produced bars, biscuits and treats represent swathes of land and hundreds and thousands of people who are being squeezed at every step. Even Willy Wonka’s mind would boggle at the weirdness within the world of modern chocolate making. 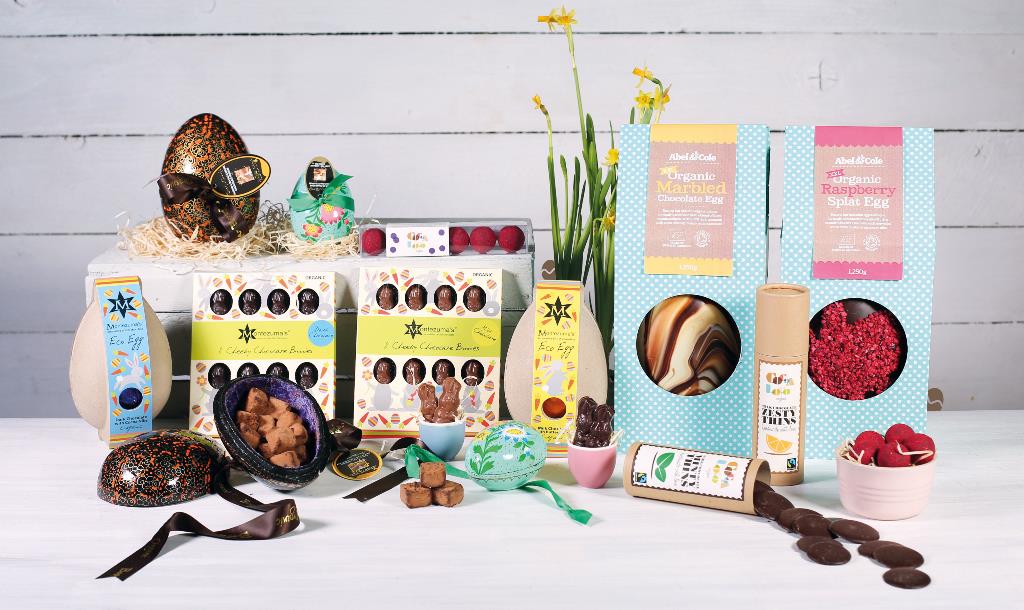 Organic isn’t just about avoiding chemical sprays and looking after our bees. So while it’s good to know you’re not absorbing a bunch of chemical residues, you’re also supporting a better way of living for the people behind your 4pm pick me up.

Organic is far better for workers as they’re not exposed to harmful chemicals nor are there any chemical run offs into local waterways. This is especially important in countries where water isn’t on tap.

Doing a dam load of good

Ed over at Brockley-based Doisy & Dam (if you’ve not tried their Goji & Orange Dark Chocolate, you actually haven’t lived) is changing the world, one thoughtful bar at a time. Doisy & Dom are certified by the Soil Association and B Corp, a new ethical and environmental grading and certification system.

They offset their carbon and make all their chocolate in the UK. And because Cocoa won’t grow in cold old Blighty, Ed is helping communities in Columbia move away from cocaine farming and into cocoa farming. He aims to set up a sustainable cocoa plantation over the next two years, which will give land to families to farm more profitable crops that won’t endanger their health or their lives.

Finger on the buttons

We’ve worked with the wonderful Sarah and Rory Payne at Cocoa Loco in Kent for years. All their choc is organic, fair trade and single origin. This is no mean feat and illustrates their complete dedication to top notch, ethical chocolate.

Their organic cocoa is grown in places where there are gaps in the rainforest canopy rather than from areas that have been cleared (hooray for monkeys!). This considerate cocoa cultivation means their buttons, bars and eggs are environmentally saint-like and taste heavenly.

Rory’s even got a Labour Policy to make sure Cocoa Loco's suppliers tow the ethical line. It’s one of the reasons we love working with people like this – especially in an industry where enforced labour and child trafficking can happen.

An organic chocolate love in

Life’s too short for bad chocolate, so choose organic. It’s free from GMOs, doesn't cause deforestation and it puts children in school rather than to work. When you reach for a square of the good stuff, make sure it really is good, in every possible way. We’re so proud to be part of an organic community where everyone puts so much effort into being the change they want to see in the world. They shine bright. So remember your sunglasses when you open your next Abel & Cole delivery.