You may have heard of the hotly debated Agricultural Bill that is currently going through parliament. It is probably one of the most important pieces of farming legislation to grace our green land for decades.

It covers all sorts of things, though the crux of it holds what should be a positive message; to financially support UK farmers to deliver environmentally positive outcomes as they farm. It has a ‘public money for public goods’ concept that is easy to be optimistic about. However, the way it plays out will have a lasting impact on our food, health, communities, environment and landscape. 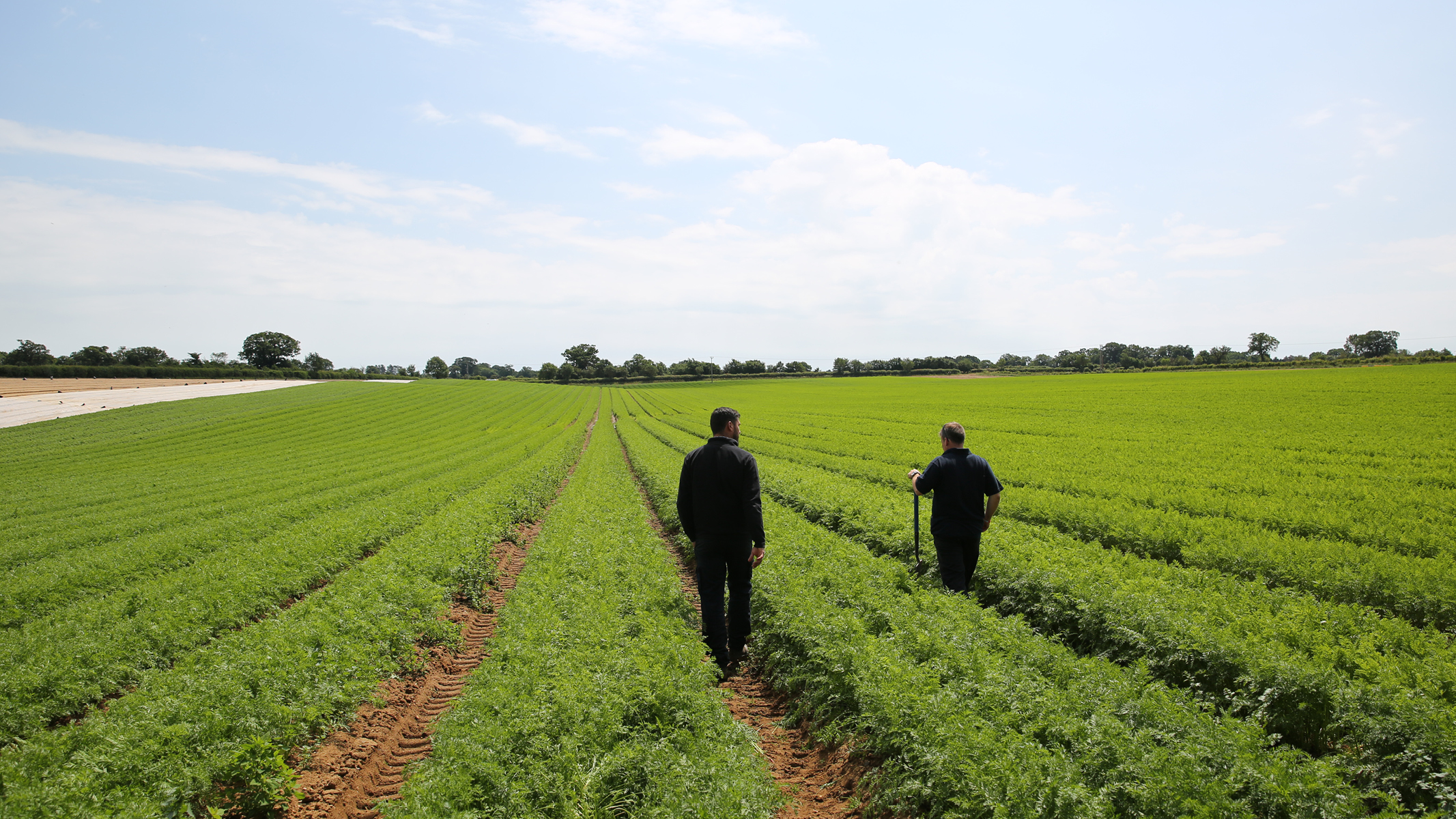 The role of a farmer is varied, and goes mostly unappreciated, even though without them we’d be in a right old state. Their main purpose is two-fold; to grow food and to act as guardians of our natural environment.

We see the new Agricultural Bill as an opportunity to create a thriving, sustainable farming industry in the UK, but to do so will necessitate a far greater commitment to preserve the high standards of British farming. This will be increasingly necessary if British farmers are to help tackle growing social and environmental challenges, such as climate change, an issue that is becoming more and more evident and prevalent.

In response to months of campaigning from the NFU President Minette Batters, a new Trade and Agriculture commission is to be created, to inform policy decisions which we very much hope will safeguard food and farming standards for the UK. We hope to see more support for the British farmers who share our values, producing food for the benefit of people and planet alike.

We only work with farmers and food makers who uphold the highest environmental, human and animal rights standards. It’s our non-negotiable. For over 30 years we have sold food as it should be, grown without harmful petrochemicals sprays or genetic modification, and we will never compromise on these standards. And we’ve worked with some of our farmers for years and will continue to support them with fair prices and honest relationships.

We spoke to some of our suppliers to get their view.

The shock of the new?

"The Agriculture Bill is certainly something we've all been discussing, there are potentially lots of positives, but the devil is always in the detail. We're supporters of the Land Workers Alliance and Sustain - who have been working hard on the bill (Sustain's AgBill page and the LWA bill) both the short-notice final reading in the commons and progress through the Lords. In my view it's proper shock doctrine stuff - the government is pushing through all sorts of stuff that would cause an out-cry were it not for the understandable distraction of COVID-19; most particularly the US trade negotiations (for which the AgBill is groundwork)."

"Food security with Brexit and COVID-19 mean that our farmers are absolutely vital to ensuring that we produce more with less chemicals and we protect our environment. However in that there is a dichotomy, how can we do both?

As an organic farmer at Sharpham Park, we try our very best to combine the two, but the reality for all farmers is that to break even is a challenge, an average farmer gets 30% of his entire income from grants, so then you are in serious loss. With supermarkets still fighting for the market and lowest price, that forces the farmer to produce the cheapest way possible just to survive."

“The shift to a nature-friendly approach is just as important for the long-term survival of farming and the resilience of the farming community. It delivers ‘ecosystem services’ of significant benefit to the Borders including flood protection, climate change mitigation, water and air quality and access to dynamic natural landscapes – which are also important for tourism.

Importantly the Bill could go further to support farmers and the production of healthy home-grown food; amendment NC2 of the Bill will protect British farmers from being undercut by cheaper, poorer quality produce, with nil to opaque traceability from overseas, much of which comes from countries with poor welfare and environmental track records.”

A bill for a better future

There’s so much to say about global environmental resilience, but the key question is, will the new bill mean an increased demand for food from intensive farming systems? And how much does intensive farming contribute to global heating? And what is the impact on biodiversity and bio-services if a higher percentage of our food is sprayed with a higher percentage of chemicals?

Even outside organic food and farming circles, UK farms and food makers adhere to pretty decent quality and animal welfare standards – partly thanks to operating within EU legislation. For example, neonicotinoids are a group of pesticides that are harmful to bees and are currently banned in the UK, but not the US.

Kerry McCarthy MP summed it up nicely: “This pandemic has brought home to many people how dysfunctional our relationship with the natural world has become, with over-consumption, unsustainable exploitation of natural resources, a food system that is broken, and birds and wildlife disappearing from our countryside and gardens.”

She argued that it’s time for agroecology – which basically means, farming sustainably – to dominate our landscapes.

Josiah from Hodmedods again: “Like Kerry McCarthy, the LWA and Sustain we want to see explicit mention of and support for agroecology in the bill, we think it's important because it captures much of what organic represents but also goes beyond the farm gate and includes social justice, respect, circular economics and more.”

According to the EU biodiversity strategy, if we were staying in the bloc, the UK would be working towards 2030 targets for 25% or more of farmland to be organic, a 50% reduction in pesticide use and cuts to mineral fertiliser use, and a wider uptake of agroecologcal practices.

Alex from Alara told us:

“The Agricultural Bill seems to be a theoretically great but practically worse that our current system.

The basic position of public money for public goods is great however the specific rejection of food standards and the omission of organic agriculture as a system to achieve these public goods seems cynical.

When this is compared to the Field to Fork farming policy in the EU that aims specifically at 25% organically farmed land in the EU by 2030 we see how is great opportunity for real public goods has been missed.”

As you know, we at Abel & Cole are ever the optimists, so we hope that any new targets drawn up by the UK at least meet and ideally exceed those currently set out by the EU. Brexit is the perfect opportunity to do better, after all.

Our heroic community of growers and makers, supported by our customers, work tirelessly to prove that organic farming offers a kinder, more sustainable alternative – an alternative that solves so many of the problems inherent in mainstream food systems.

The new agricultural bill could elevate farming practices in the UK even higher than they are now. Imagine how proud we’d all be if that was the result.

You can read Sustain's latest brief on the Bill here.

And if you’d like to know more about agroecology, take a look at this rather excellent pamphlet called the 10 Elements of Agroecology (supported by a knowledge base) published by the FAO last year.