A rather exciting report which has filled us with hope was published on the last day of February. We’ve been highlighting the plight of bees and the fantabulous work they do (pollinating a third of our food) for more than 10 years. Their decline in that time has been responsible for a few grey hairs on many very clever heads, and now science has said for sure that the insecticides used in non-organic farming are responsible for their shrinking numbers. 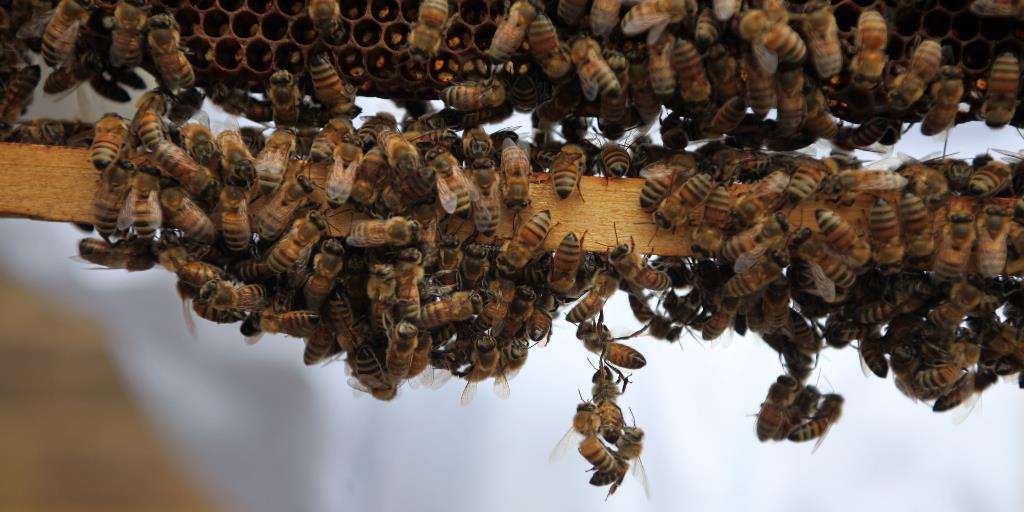 In 2013 the EU banned three types of neonicotinoid pesticides. The UK originally resisted this ban, claiming there was not enough evidence that bees were affected by the chemicals, but thankfully, the UK was overruled and the ban was implemented across the EU.

So, a small win for our furry little friends, but bee-loving humans (including scientists, the Soil Association, environmentalists and us) found it a little disconcerting that our country didn’t support the ban.

A change of tune

Last November Michael Gove, prompted in part by this report, said: “The weight of evidence now shows the risks neonicotinoids pose to our environment, particularly to the bees and other pollinators that play such a key part in our £100 billion food industry, are greater than previously understood.

“I believe this justifies further restrictions on their use. We cannot afford to put our pollinator populations at risk.”

We’re hoping for a full ban on neonics globally. Idealistic? Maybe, but all 240 species of bees (humble bumbles to heroic honeys) are so incredibly important for keeping our ecology in balance that we reckon it’s worth getting excited about.

Neonics are the world’s most widely used insecticides. Introduced about 20 years ago by the non-organic world, their main selling point (if you’re not a bee) is that they are a “systemic pesticide”. This means that instead of sitting on the surface of the plant, they’re absorbed. They’re carried through the plant, into the roots and the soil. Where they stay. And the really fun bit? They’re so persistent they end up in waterways and therefore in local plants and wildflowers.

Neonics literally mess with bees’ heads. They affect their central nervous system. They bind to certain neurological receptors, which leads to paralysis and death. Genetically bees are particularly vulnerable because they have more of these receptors than other insects. Bees are smarter than other insects (they use their memories more and have evolved higher social communication systems) and this makes the damage even more devastating.

All creatures winged and small

In November, Michael Gove realised how destructive pesticides and insecticides can be. But we’ve known this for 30 years.

Ten years ago, a drive down a countryside motorway would mean two things. One, blasting out your favourite CD and singing at the top of your lungs to Don’t Stop Me Now by Queen (or insert your favourite rousing singalong song). The second, and less pleasant thing, would be a windscreen covered in squished bugs.

You may still sing along to your favourite tunes, but you’re probably not getting through as much screen wash. In spring or summer you might collect the odd unfortunate winged soul, but it’s not like it was.

The cause of this is non-organic farming, as it uses harmful insecticides that kill insects. And the monoculture (only growing one crop) associated with intensive non-organic farming is responsible for a loss of biodiversity. So, fewer bugs, flying or otherwise. A recent German study found that there has been a 75% decline in flying insects over the past 27 years on the sites studied.

Organic is best for the bees

We’ve collaborated with bee scientists and apiarists, along with our own flock of buzzing buddies, to raise awareness and do our bit. The best thing we’re doing though is supporting and increasing organic farming practices. Organic farming is a natural protector of bees and other pollinators as it doesn’t use sprays that take them out. And if your kitchen is the proud recipient of our boxes, then you’re already doing your bit, too. Easy beesy. 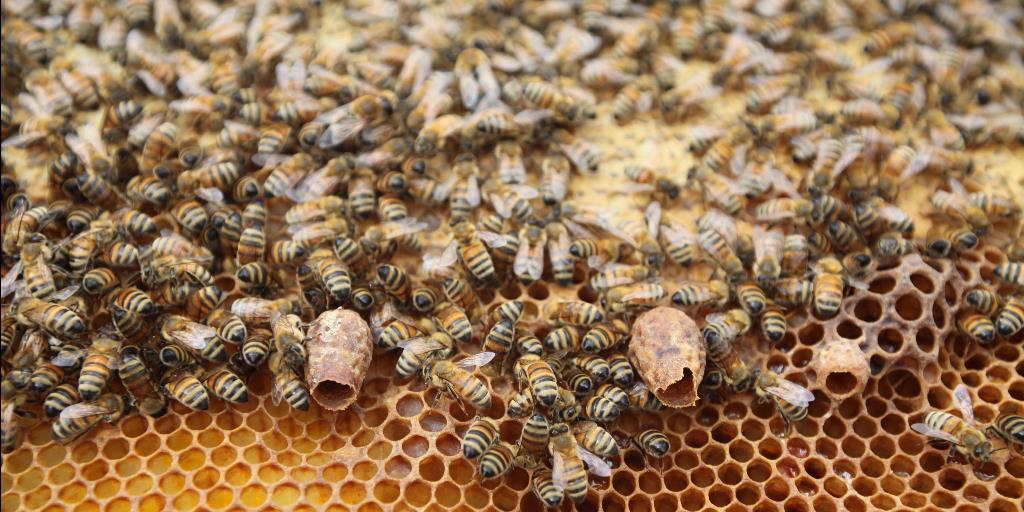