A few of us veg heads upped sticks to visit our organic chicken farmer,
Chris Labdon in Devon. 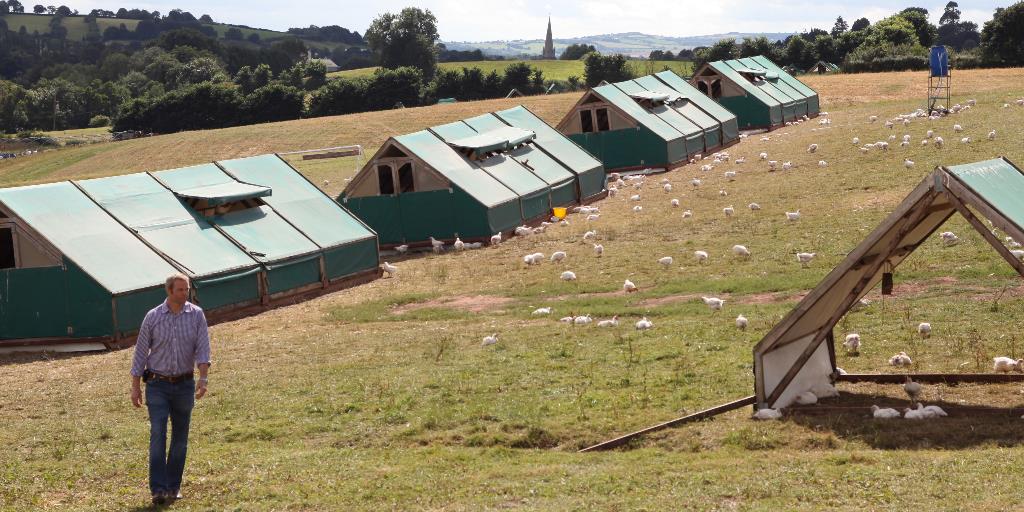 Rise, shine and explore the world. From 8am - 10pm the chicks roam free, clucking and scratching about, foraging for food. Just like us, in hotter weather (like our summer months) chickens fancy less to eat. Think less ‘beach body’, more less appetite, so they take longer to grow.

Organic is “a different way of doing it. You couldn’t feed the world this way. But that’s not what I want to do. These chickens - they get a better life - pecking around chasing bugs and tussling over worms between them.” Their sheds are nicely spaced, with plenty of room to flap their wings and muck about with each other. Their organic food and water are there to lap up when they feel like it.

Having been out all day, at about nine at night, they naturally drift toward their sheds (there’s the old homing instincts at play here, for sure). Chris and co will start to gently shepherd the hens back to their sheds. (And the birds are quick to let them know or run back to their own place if they’ve gone back to someone else’s house. This can sometimes mean some late nights for Chris as he does the runaround with one or two birds who’ve stumbled back to the wrong shed.

Chris’ birds take 10 weeks to mature, and what grows together, goes together. These really are birds of a feather who stick together. They lay down in beds made of straw (better for our chickens as it keeps dry) in their sheds which are a bit like teepees (neither too warm in summer or too cool in winter).

Chris’ stance on the use of antibiotics is clear (and in keeping with the Soil Association). Routine use of antibiotics is certainly not in practice; although Chris believes “You can’t allow an animal to suffer if it’s unwell. I catch the birds to keep fit. It’s better than a gym. It’s also my way of holding them, checking them before they go away to be prepared.”

People often wonder why organic meat is more expensive. We asked Chris to explain. “Organic feed is the biggest cost and the land area you need for organic animals is much bigger.” As you’d imagine, feeding an animal properly and giving them enough room so they can “go out and explore the world.”

When we asked Chris about if he thinks there’s more wildlife on organic farms he had a short, definitive answer. “100%”


“It’s the time it takes to grow the birds that makes all the difference. Just give it time…”


What makes Chris’ birds so special?
“It’s the time it takes to grow the birds that makes all the difference. Just give it time…”
The Hubbard is a slow growing breed, they’ve had time to run around, using their muscles. It tastes different. Grazing more, foraging more clover, more insects and enjoying more wildlife because there’s no pesticides.”

There’s even a degree of limestone in their diet - full of calcium - (although it won’t be certified organic because it’s a natural stone mineral…)Meanwhile, conventional animal feed is full of synthetic, processed things. Conventional chickens use food dye to give that “grass fed” look without having to declare it and the farms will process 12’000 birds an hour. Meanwhile, at Chris’s solar powered prep house, they’ll hand prepare only 400 birds an hour. 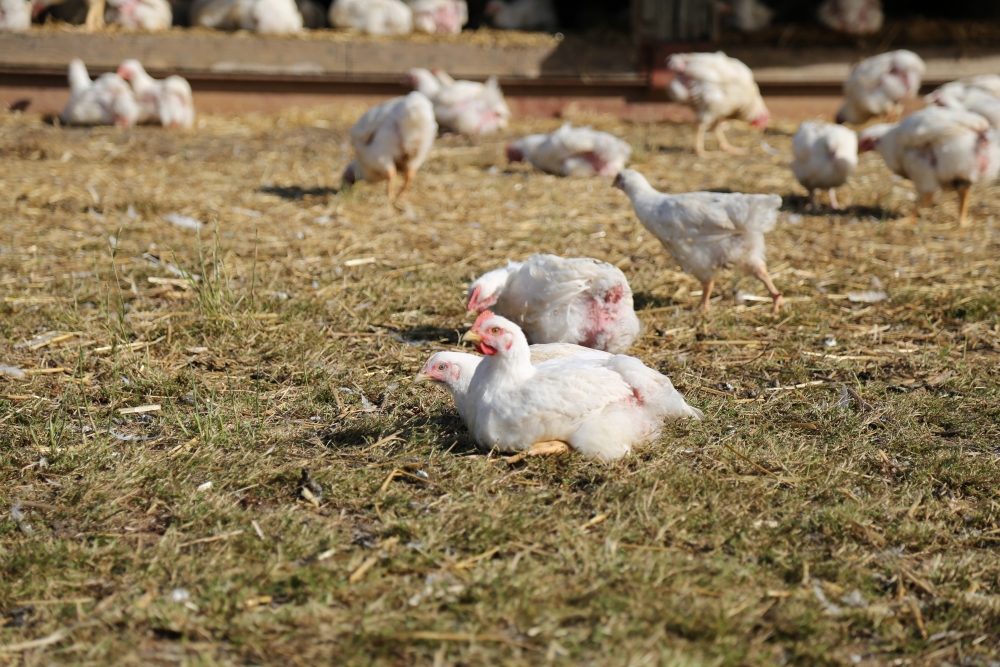 Chris is hoping to send leftover straw and muck to Well Hung Meat Company, our organic beef farmers. Surprising as it may sound, this is real sought after stuff. Nice to see neighbourliness is truly alive in Devon.