Catch of the day

“There’s nothing better than seeing the fish all packaged up, looking beautifully shiny and fresh”, says Gareth, one of the two former fishmongers – the other is Nick – who started the Celtic Coast Fish Company over two years ago. 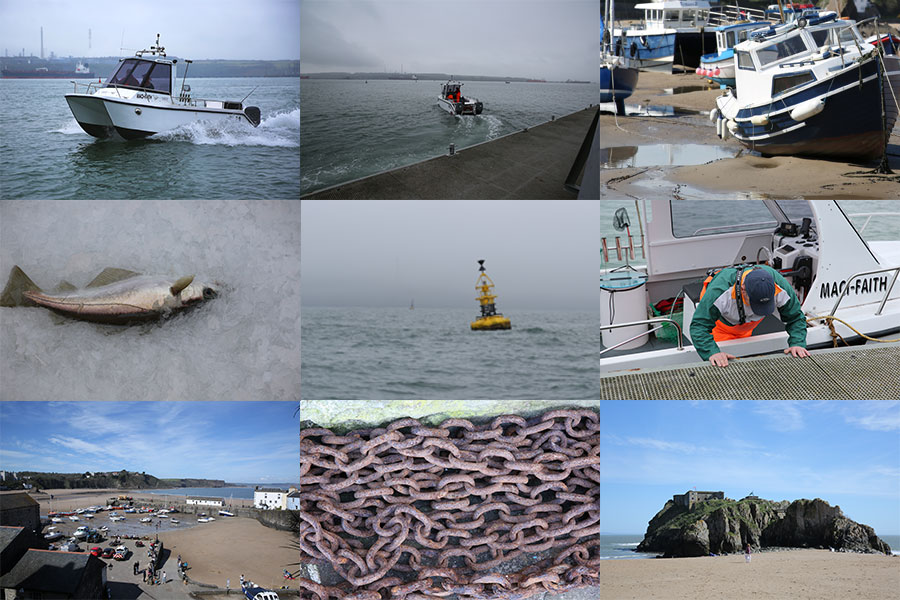 Gareth and Nick seek advice from the Marine Conservation Society, so that all the fish they bring to us is sourced sustainably. That’s why Gareth and Nick have struck up relationships with people like Steve, a local fisherman who uses his wits, his rod and sand eel bait to catch pollack and mackerel in Milford Haven; the largest natural harbour in Europe.

“When I got into shorefishing I was eight or nine and I had my first boat when I was 23. Not long ago…” he says wryly. Steve spends half the year fishing, and up to 16 hours a day patiently waiting for a bite.

When he returns to shore in the evening, the catch is iced down and packed away ready for Celtic Coast to come collect it either that evening, or in the early morning. It then makes its way to us later that day. Gareth’s passionate about what he does. He describes the smoked haddock he gets from Alfred Enderby (a traditionally-run family business), as “special”, with a look of wonder on his face. “North for your white fish, and for your prime; the south coast”, that’s what years of experience on the seas has taught him.

Celtic Coast source much of their fresh fish such as hake, mackerel, and pollack from dayboats that then arrive with Gareth and Nick in fewer than 12 hours after being caught. Some other fish, like haddock and cod come from waters slightly further away, in Ireland and Scotland.

“We buy whole fish to preserve the quality”, Gareth says standing just outside the fishery’s fridge, as crushed ice is being thrown on huge, beautiful-looking cod behind him. It allows Celtic Coast to fillet all the fish in the expert way they do. There’s no apprenticeships for fishmongery, so Gareth and Nick are starting to explore that in their local area. It’s an encouraging thought, knowing that the next generation of fishmongers will be raised on a diet of sustainability and doing things the right way.

The Marine Conservation Society is the UK’s leading charity for the protection of our seas. Fish that’s rated 1–3 on their sustainability scale means it’s more responsibly caught, so that’ll always get our first preference.