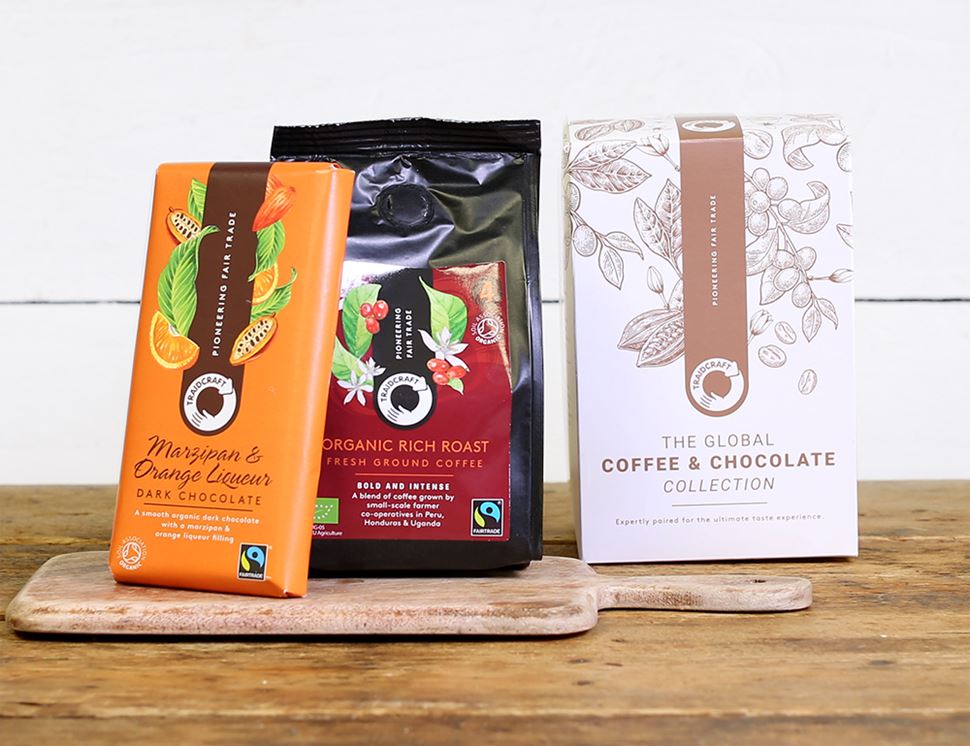 Treat someone really special with this decadent organic Marzipan and Orange Liqueur Chocolate & Coffee Gift Box from Traidcraft. The collection includes a bag of Rich Roast Ground Coffee, a confident and spicy expert blend from Tanzania and Nicaragua, and a slab of Marzipan and Orange Liqueur Chocolate. The rich, dark choc is filled with creamy marzipan with the added spicy zing of orange liqueur. Fairtrade and produced in balance with the environment, this set is presented in compostable shiny plant-based wrap and recyclable paper packaging.

Founded back in 1979, Traidcraft are the original fair-trade pioneers in the UK. Tea, coffee, sugar, chocolate, juice, wine, organic cotton, palm oil, in fact, almost everything that you think of as fair trade today – Traidcraft did it first. In 1994, Traidcraft co-founded the Fairtrade Foundation, who establish the standards that underpin today's well-known Fairtrade Mark. Recognised around the world, the Fairtrade Mark means that the growers and artisans behind the product it adorns were paid the price that it deserves; and it’s is only used when official certification has been achieved.

May contain traces of gluten.

Store in a cool dry place, out of direct sunlight
coffee only - Once opened, store in a airtight container.